In August of 2006, Leslie Sepeda left the car detailing shop she had worked at for six months. With less than $100 in her pocket, she purchased the chemicals and supplies she needed to start doing details out of the one car garage at her home. She had a dream and a vision for her car detailing business, and this was the beginning of her journey that would eventually lead to the creation of the Abilene Auto Spa that you know today.

From that garage, Leslie began detailing cars for friends and acquaintances. She quickly landed her first big customer who was a local used car dealer that began sending her steady work. He believed in her and in her work. That gave her the confidence to build her business by pursuing work from other car dealerships in town. The quality of her work was evident, and the news spread fast. Before the Auto Spa name was used, Leslie’s business operated as the Abilene Detailing Center, and it had grown from a small one-person operation into a thriving business on South 14th. During her first year in business, Leslie’s operation had already hired a manager and a few employees to help handle all the business she was getting. Despite the early success of her operation, being a woman in a predominantly men’s industry she often encountered challenges and obstacles from others who tried to bully and discourage her from pursuing her dream. Even one of her competitors came to her business and vandalized the cars that were there overnight. After that incident, she almost wanted to give up, but she persevered and continued forward with her dream.

Leslie’s goal was to provide Abilene and the surrounding towns with quality car detailing and to raise the bar in that industry. With that thought in mind, the Auto Spa name came into fruition. She wanted a place that you could bring your car to and receive a quality detail and receive other premium car care services. So, she continued to learn new services and products to become a trendsetter for Abilene’s auto restoration market. The Auto Spa expanded its detailing services to include motorcycles, ATVs, boats, watercraft, RVs, and even semi-trucks.

The Auto Spa also introduced ceramic and glass coatings to the Big Country. Leslie has constantly sought out the companies that offer the best products and the best training for herself and her staff. The Auto Spa is the only authorized installer of Feynlab, Opticoat, SPS Graphene, and Glassparency coatings in the Big Country. The Auto Spa also added paintless dent removal (PDR) to the services it offers and has the best PDR technician in Abilene to repair hail damage and minor dents in vehicles.

Abilene was added to the Auto Spa name came after a business restructuring in 2020. The Abilene Auto Spa mission is to exceed customer expectations by implementing the highest standards in quality control, by using quality products, keeping a clean facility, and having superb customer service. 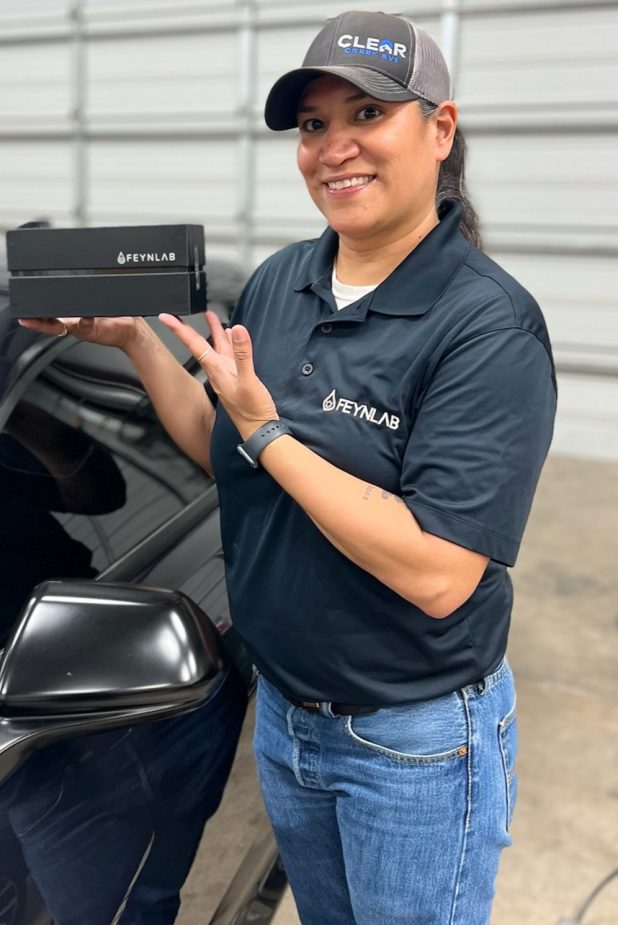 Car detailer Abilene Auto Spa is here to restore, protect, and enhance your auto or boat to its optimal condition.  We help you maximize the return on your investment in your car, truck or boat. Our specialists are trained in the latest products and techniques to meet the needs of a variety of customer needs.